At the beginning of December, the final meeting of the project “Ecosystem-based Adaptation (EbA) to climate change and regional development by empowerment of Ukrainian Biosphere Reserves’' was held. The project went on for more than three years.

One of the main goals of the project was to integrate Ecosystem-based Adaptation approach into national and regional planning and action, leading to better-adapted land use and to encourage shift to sustainable development in times of accelerating climate change.

Project implemented in close cooperation between the three UNESCO Biosphere Reserves – Desnianskyi, Shatskyi, and Roztochya, Michael Succow Foundation and the Centre for Econics and Ecosystem Management at Eberswalde University for Sustainable Development.

“Within the project we launched an Idea Contest dedicated to the topic of Ecosystem-based Adaptation (EbA) to climate change. In total, nine out of the 29 pilot projects were selected and financed”, said Anatoliy Smaliychuk, country coordinator of the project.

Following projects were implemented in:

Biosphere Reserve representatives as well as local inhabitants were involved in the implementation of the projects. The implemented practical EbA measures will have a long-lasting impact and will contribute to strengthening the ecosystems’ capacities for climate change adaptation.

In addition to small pilot measures, the project included MARISCO workshops with experts and stakeholders to develop strategies for adapting to climate change. Based on the five key EbA strategies, respective work and monitoring plans for each biosphere reserve were developed and are ready for implementation.

Moreover, a toolbox consisting of different documents such as situation/vulnerability analysis of the biosphere reserves, catalogue of EbA measures, maps etc. was produced and made available to the interested target groups.

Study trips to Germany as well as a visit to the EuroMAB conference in Dublin, Ireland contributed to international exchange and capacity building of the Ukrainian partners.

Comprehensive communication and awareness-raising work included launching of the project webpage, implementation of various workshops and events, publishing of printing materials such as info brochures, leaflets etc. as well as production of a short documentary movie on EbA.

Furthermore, the project contributed to the policy level work with the developed studies and policy papers, recommending integration of EbA approach into National Strategy documents of Ukraine.

Another important result of the project was the establishment of cooperation between biosphere reserves, representatives of local and regional authorities, as well as other stakeholders in the field of adaptation to climate change.

“I would like to thank all the partners, stakeholders, especially representatives of biosphere reserves, representatives of the Ministry of Environmental Protection and Natural Resources of Ukraine, colleagues from the University of Sustainable Development in Eberswalde. Without your contribution, the success of the project would be impossible! On behalf of Michael Succow Foundation I would like to confirm our interest to continue working with you on this and other important topics. We are looking for additional project opportunities and would be happy to continue cooperation with you”, said Nika Malazonia, manager of the project.

The project is implemented as a part of the International Climate Initiative (IKI). The Federal Ministry for Environment, Nature Conservation and Nuclear Safety (BMU) supports this initiative following the decision of the German Bundestag.

More about the project and the EbA approach: www.eba-ukraine.net 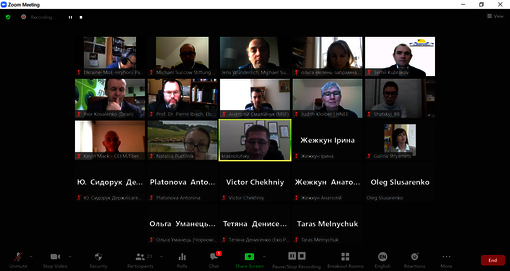 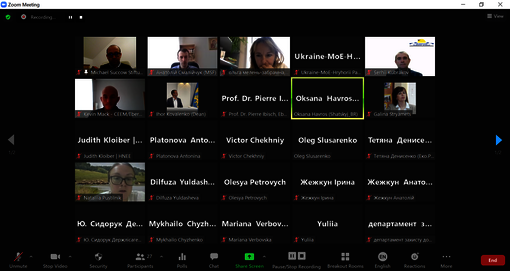