Kazakhstan, Turkmenistan and Uzbekistan have jointly nominated the Cold Winter Deserts as a UNESCO World Heritage Site. The decision on inscription will be made by the World Heritage Committee in 2023..

Kazakhstan, Turkmenistan and Uzbekistan are covered to about 60% by deserts, while Uzbekistan and Turkmenistan alone make up more than 80 % coverage, respectively. Their deserts are characterised by extreme climatic conditions and endemic biodiversity. They form a habitat for numerous endangered animal species and the region's saxaul forests are an important CO2 sink, that have a global relevance in the climatic system. Unique in the world is the process of succession, in which flora and fauna recolonise the dried-up soil of the Aral Sea to create the youngest desert in the world - the Aralkum Desert.

For more than two years, Kazakhstan, Turkmenistan and Uzbekistan have been working on a nomination for the world heritage site, which spans the territory of all three countries. Now the documents have been successfully submitted in Paris. There is still a long way to go before UNESCO makes a decision. However, a possible inscription would close a gap, as the cold winter deserts are the only biome in the world without a World Heritage Site.

The nomination is supported by the Michael Succow Foundation within the framework of the Central Asian Desert Initiative (CADI). Other implementing partners are the University of Greifswald and the Food and Agriculture Organisation of the United Nations. The Federal Environment Ministry is funding the initiative as well as the nomination as part of the International Climate Initiative. 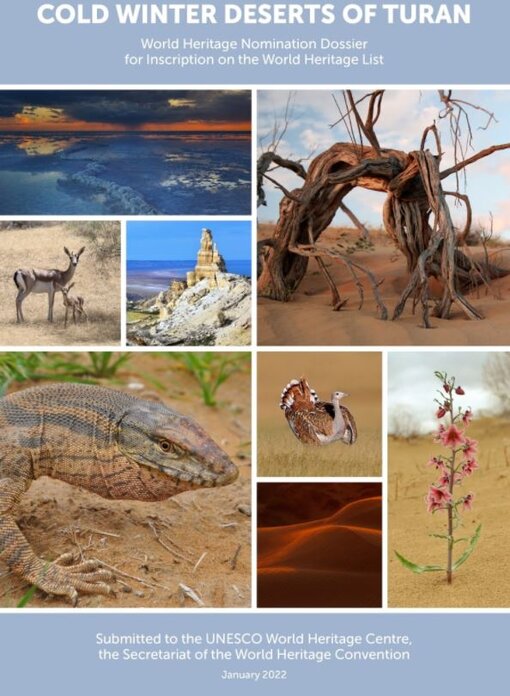