Founder Prof. em. Dr. Michael Succow has written together with other Awardees of the Right Livelihood Award (also known as Alternative Nobel Prize) an open letter to members of the Albanian government and the EU Commission: it is about saving the Vjosa in Albania, one of the last wild rivers in Europe. The river is currently threatened by more than 30 new dam projects.

The Awardees support the committed nature conservationists, scientists, artists and the local population who are committed to protecting the Vjosa. They are calling for a Vjosa national park along the whole river from the border with Greece to the Adriatic Sea. It would be Europe´s 1st Wild River National Park and could be a role model for the EU Biodiversity Strategy within the framework of the Green Deal. At the same time the national park would attract tourists from all over the world who want to discover this unique ecosystem with large gravel banks, deep gorges and sandy islands. This would not only protect this habitat, the local population would also have the chance of a sustainable income.

The Awardees of the Right Livelihood Award headed by Michael Succow therefore call on the Albanian government to take the necessary steps for a Vjosa National Park according to the international criteria along the full length of the river and its tributaries. And they call on the European Union and its member states to support Albania financially and with expertise in setting up Europe's first wild river national park. 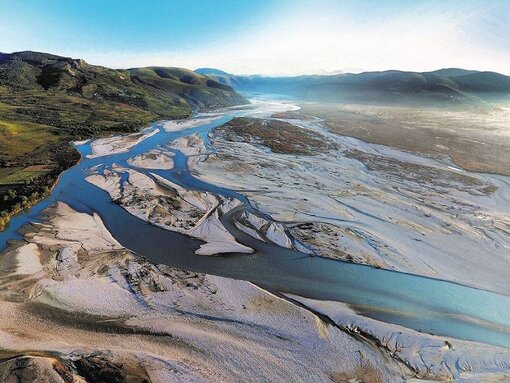