"World Heritage Forests: Carbon sinks under pressure" is a newly published study by UNESCO, the World Resources Institute (WRI) and the International Union for Conservation of Nature (IUCN) that reveals the first global scientific assessment of greenhouse gas emissions and carbon sequestration by forests in UNESCO World Heritage sites.

Despite the significant carbon storage and absorption by forests across the UNESCO World Heritage network, the climate benefits of even some of the world's best-known and best-protected forests are coming under pressure from land use and climate change.

The Michael Succow Foundation is committed to the long-term preservation of still intact natural forest areas through the support of the establishment and management of World Heritage Sites. This is because, in addition to the ecological service of forest areas in sequestering carbon dioxide, these landscapes harbour an unusually high species richness and are home to rare and often endangered animal and plant species.

Currently, the Foundation has three successful World Heritage Site nominations and another in preparation - all with significant forest content.

In 2019, the Hyrkanian Forests of Iran were established as a UNESCO World Heritage Site. The Succow Foundation supported the Iranian environmental authority in the preparation.

Since July 2021 the Colchic Rainforests and Wetlands in Georgia are officially inscripted on the UNESCO World Heritage List. The Succow Foundation and is especially pleased about this success, since this is Georgia’s first Natural World Heritage site. Together with WWF the Succow Foundation has supported the Georgian government in the nomination process over several years.

Being part of the World Natural Heritage shall now improve reputation and nature conservation within the region. 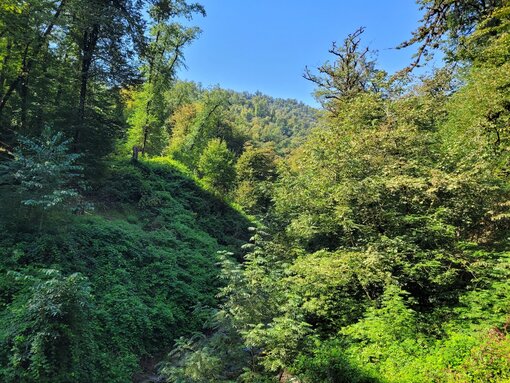